I refer to this dish as the “Get Yo Man Chicken”. Simply because my Sweetie has been loving on the dish ever since the first time I made it for him. I have truly made this recipe so many times, I can actually fix it with my eyes closed. It’s truly a Porter House staple. #SoGood

1. Preheat oven at 350
2. Rinse chicken and pat dry
3. Generously seasoning chicken with salt, pepper, garlic powder, onion powder and adobo seasoning.
4. Place seasoned chicken in baking dish and place a small pat of butter on top of each piece of chicken.
5. Place chicken in pre-heated oven and cook uncovered for 1 1/2 to 2 hours or until juices run clear.
6. When chicken is fully cooked, take out of the oven and let it set for 5 mins.
7. Sprinkle chicken with chopped parsley (optional). Serve with your favorite side dish and Enjoy!

Work. Meetings. Appointments. Playing Taxi Cab. Taking the kids to soccer practice. Helping with Homework. Choir Practice. The list just goes on and on. And after all that who has time for some quiet alone time with your spouse or significant other? Let alone stand over a hot stove and cook a gourmet meal. But don’t fret; Sunshine is here to save the day or night in this case. I’ve discovered 15 Easy One-Pot Recipes that you can re-create together for a special date night in. So light some candles, turn on some slow jams and open up a bottle of your favorite wine. It’s time to unplug and connect with some good food & adult conversation!

1. Baked Chicken with Tomatoes & Garlic: Get the recipe on Brooklyn Supper

2. Skillet Chicken & Zucchini Parmesan: Get the recipe on Simple Bites

4. Creamy Baked Millet w/ Butternut Squash: Get the recipe on Autumn Makes And Does

6. Mushroom Skillet Lasagna: Get the recipe on Savory Simple

7. Crispy Chicken Legs and Brussels Sprouts: Get the recipe on So Let’s Hang Out!

8. Saffron Shakshouka: Get the recipe on Brooklyn Supper

9. Spicy roast chicken with Carrots, Olives & Lemon: Get the recipe on The Crumb Blog

the recipe on Nosh & Nourish

11. Sriracha Lime Chicken Skillet: Get the recipe on Running To The Kitchen

12. Chicken & Eggplant Sauté: Get the recipe on Lexi’s Clean Kitchen

13. Skillet Spaghetti: Get the recipe on Julie’s Eats & Treats

14. Thai Basil Cashew Chicken Skillet: Get the recipe on Running To The Kitchen

15. Saucy Chicken: Get the recipe on Diethood

Just when I thought there was only one way to eat hummus … Pioneer Woman goes and do this!!! Hummus Wrap! I’m like OMG! WHAT?!?!? And to top it all off it is loaded with some of my faves … Artichokes, Feta Cheese, Roasted Red Peppers, Grilled Onions … Need I say more! Ummm. Is it lunch time yet? #HUNGRY

Credit of Recipe & Photo is courtesy of The Pioneer Woman 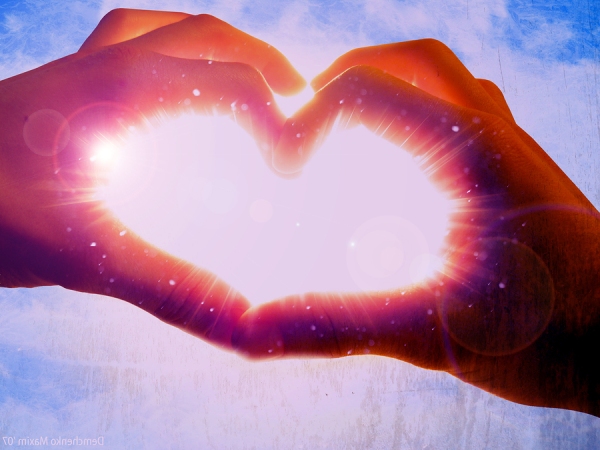 It’s Been A Minute!

Long time no hear from right! I Know …. Shame on me. A lot has occurred and transpired since my last post. Truth be told I wasn’t feeling inspired to blog … But I am back in business. Yes Sir … The Sunshine is Back and might I add shining brighter than ever.

I’m so excited to get back into the swing of things and I am looking forward to carrying you along for the ride. So Stay Tuned!

Change Your Life With Chia

When you hear “chia,” you may think of “Chia Pets.” These are clay figures sold in the US that support the growth of chia sprouts. But chia has a much longer history as a medicinal herb. It originated in Mexico and was cultivated by the Aztecs. Supposedly, the Aztecs, Mayans, and Incans used chia as a staple of their diet and as an energy food. Chia means “strength” in the Mayan language, and they were known as the “Indian Running Food” because runners and warriors would use them for sustenance while running long distances or during battle.

The chia seeds are “super” because, like a superfruit, they deliver the maximum amount of nutrients with minimum calories. They have several of the same benefits as the more well-known “super seed” flax, but unlike flax seed, you don’t need to grind them to reap the health benefits. The nutritional benefits of chia include fiber, omega fatty acids, calcium, antioxidants and much more – even protein!

Not only are chia seeds gluten and grain free naturally, but one tablespoon of this SUPER SEED has more calcium than a glass of milk, more Omega-3s than Salmon and more antioxidants than blueberries. Who Knew? Lord knows I didn’t!

Anywho, Chia seeds are super high in soluble fiber which, in addition to filling you up, has cholesterol-lowering properties and prevents the absorption of fat. GIVE ME SOME NOW!!!! LOL Whether it be for breakfast, lunch, dinner or a simple mid-day snack, chia seeds are very easy to incorporate into your everyday diet. Try eating them raw. Or Try stirring two tablespoons of “whole” or “raw” chia seeds into a glass of water or fruit juice. Wait a few minutes, drinking them down before the seeds absorb the liquid and get hard. They are also perfect in oatmeal and puddings and they make an ideal addition to baked goods including breads, cakes and biscuits.

So go ahead and try a healthy “Cha-Cha-Cha-Chia” recipe today. It will help you curb those mid-day cravings!

As the saying goes BACON makes everything better. Who doesn’t love a nice, big crispy strip of bacon? Lord knows I do but with a healthier leash on life I have traded that oh so love of bacon with turkey bacon. Well that’s what I thought until I read this here article. And boy was I surprised! I must admit I don’t always thoroughly look at labels. I know, I know Bad Sunshine. But after reading this I will most definitely be on my pees and ques. Besides knowing is half the battle. To read this eye opening article by Zakia Hassan please click on the link below. 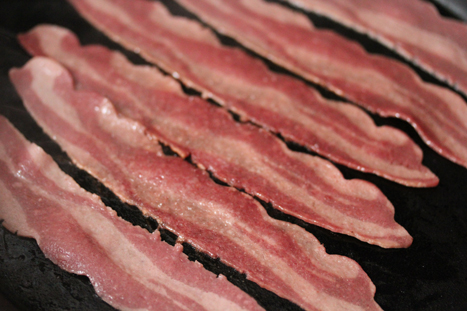 This year the Porters are embarking on a new journey. The #LovingLifeList … 2014 Edition. Every month we will explore something new. Something Different. Something we have never done before. All while doing it TOGETHER! To be continued …

Posted in Life In The Fab Lane

Are you frustrated about how slow your hair is growing, or want it to grow faster? Well I stumbled upon a hair growth chart put together by NaturallyCurly.Com This chart is a handy and infographic to help you figure out what’s normal as well as tips for helping your hair grow. 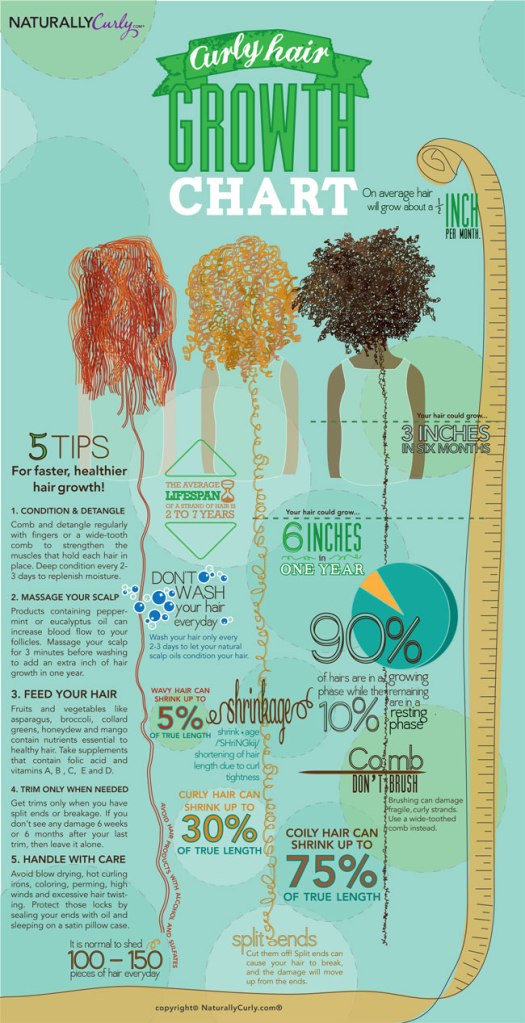 Question: Have you ever had a frosty from Wendy’s?

If you answered yes then you know that on a HOT summer day there is nothing better than this chocolaty treat. It’s Rich, Creamy and Oh So Dreamy! So when I ran across this copy cat recipe I was like, SCORE! So go ahead, INDULGE a little! It’s inexpensive, delicious, and you will score “The Coolest Mom EVER!” points! Besides you deserve it.

P.S. Don’t let the summer pass you by without giving this recipe a try.