In scripture we see that for many years Elisha served the prophet Elijah. He was his protégé. Elijah had seen God’s favor in incredible ways. He is the one who called down fire from heaven and 400 false prophets were destroyed. One time, Elijah prayed that it wouldn’t rain. For three and a half years, there was no rain. He was one of the most powerful, anointed people that ever lived. When he was getting very old and about to be taken to heaven, he said to Elisha, “What do you want me to do for you for serving me faithfully all these years?”

Elijah could have looked at him and said, “Boy, who do you think you are? You sure are greedy. You need to be a little more humble.” No, Elijah basically told him, “You just keep serving me faithfully and what you have asked will come to pass.”

Do you know the scripture records that Elisha did exactly twice as many miracles as Elijah? But if Elisha would have been timid and thought, “I can’t ask that. That wouldn’t be right,” we wouldn’t be talking about him today.

Remember, God has placed seeds of greatness on the inside of you. He wants you to leave your mark on this generation. You’re not supposed to live and die and nobody miss you. Break out of your box and start asking God for the hidden dreams He has placed on the inside. Ask Him for the double portion. Be bold and step out in faith. Keep believing, keep hoping, keep dreaming and keep following His plan because His ways always lead to the double portion!

Our Daily Bread – Love We Can Trust

Perhaps the most painful statement a person can hear is, “I don’t love you anymore.” Those words end relationships, break hearts, and shatter dreams. Often, people who have been betrayed guard themselves against future pain by deciding not to trust anyone’s love again. That settled conviction may even include the love of God.

The remarkable thing about God’s love for us is His promise that it will never end. The prophet Jeremiah experienced devastating circumstances that left him emotionally depleted (Lam. 3:13-20). His own people rejected his repeated calls to respond to God’s love and follow Him. At a low point, Jeremiah said, “My strength and my hope have perished from the Lord” (v.18).

Yet, in his darkest hour Jeremiah considered God’s unfailing love and wrote, “Through the Lord’s mercies we are not consumed, because His compassions fail not. They are new every morning; great is Your faithfulness. ‘The Lord is my portion,’ says my soul, ‘therefore I hope in Him!’” (Lam. 3:22-24). A person may vow to love us forever yet fail to keep that promise, but God’s love remains steadfast and sure. “He is the One who goes with you. He will not leave you nor forsake you” (Deut. 31:6). That’s a love we can trust.

O Love that wilt not let me go
I rest my weary soul in Thee;
I give Thee back the life I owe,
That in Thine ocean depths its flow
May richer, fuller be. —Matheson
God’s love never fails.
© 2012 RBC Ministries

Open rebuke is better than love that is hidden. —Proverbs 27:5
Hiding your true feelings, like resentment or unforgiveness, keeps you in bondage to them. It is impossible to get your day started right if you keep waking up with pain from yesterday’s wounds. If you carry around this kind of “emotional baggage,” it will poison your day.

Sometimes you have to confront things to make them better. But use wisdom. While it is good to talk about things, don’t dump all your thoughts and emotions on every person who comes along today.

Talk to God about your situation before you meet anyone. He may lead you to speak with someone you trust. But if He doesn’t, learn to trust it completely to Him, and let it go.

A few weeks back pictures were posted  of Tia Mowry rocking a curly teeny weeny afro. Well the actress has now been spotted with a straightened version of the look and it’s absolutely gorgeous! She recently spoke to US Weekly about her big chop experience and her is what she had to say:

Tia Mowry: “I cried! I’m just going to be honest with you, I definitely cried. I really wasn’t expecting the shock value… A lot of people ask me, ‘What advice would you give to women who want to chop it off?’ I said, ‘Don’t think about it because if you do you won’t do it.’ But it’s very liberating and it definitely saves time…

I am so happy that I decided to cut my hair. It literally takes me three minutes to do my hair. I get out of the shower, put some conditioner in it, and it’s just ‘let’s go’ and I love that! I think it’s very very important to find products that allow us to be able to have more time to do things like that.”

What do you think of Tia’s new look?

Reblogged from The Blue Bird Patch

Make Your Home Stand Out From the Rest.
Halloween is finally around the corner. Nothing like a good set of pictures to help us gather ideas for our homes. Besides Thanksgiving, Halloween is and will always be one of my favorite holidays. I enjoy Halloween not because of the free candy you might get, but simply because is the only day of the year that makes me feel like a kid again.
If you ask me, what’s the first word that comes to my mind when I hear the word “Halloween” my answer will always be “laughter”. I don’t know about you, but Halloween just makes me giggle and laugh uncontrollably.
I love decorating my front door but by looking at the pictures this year I need to pump out the volume. I’m not exactly sure what I want to do, but hopefully it will be something SPOOKtacular!
Have Fun Decorating & Happy Halloween Ya’ll !!! 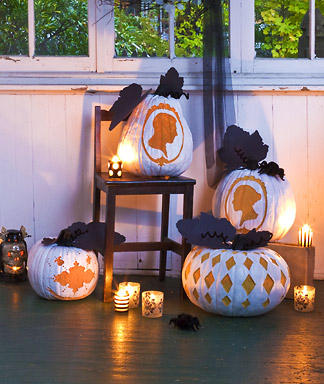 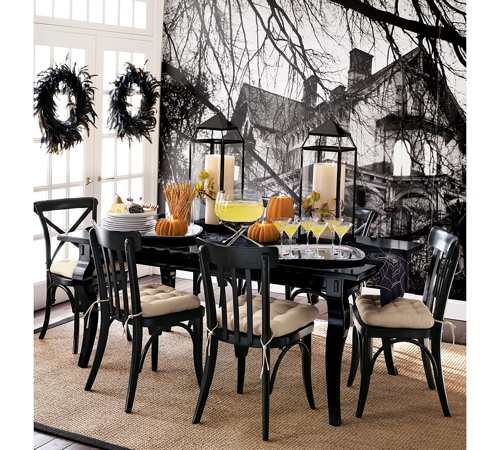 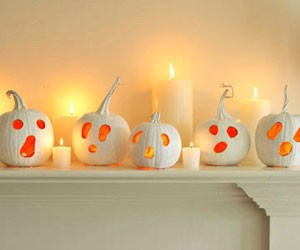 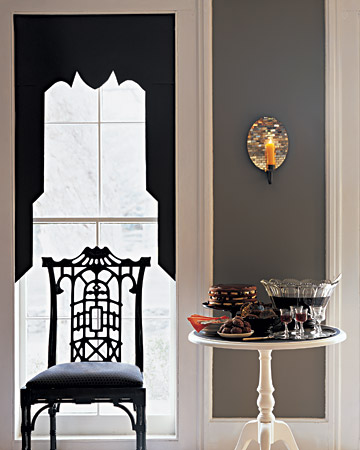 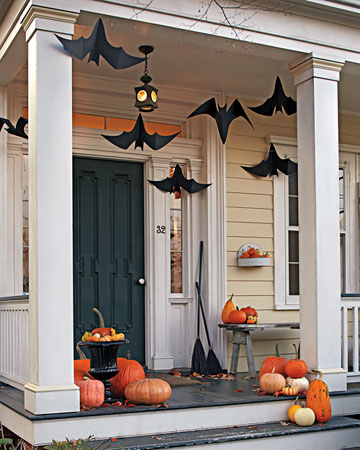 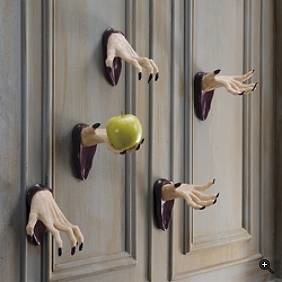 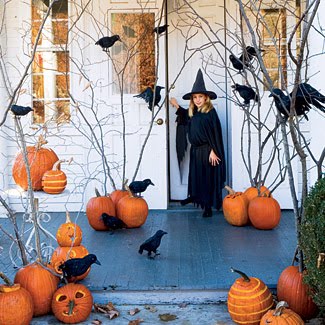 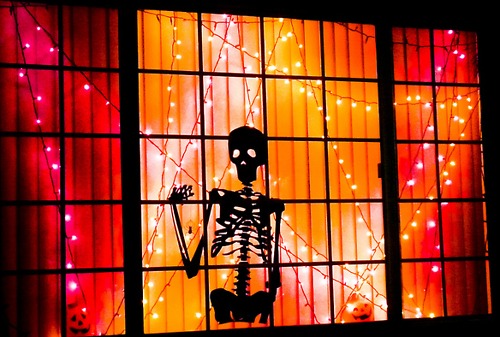 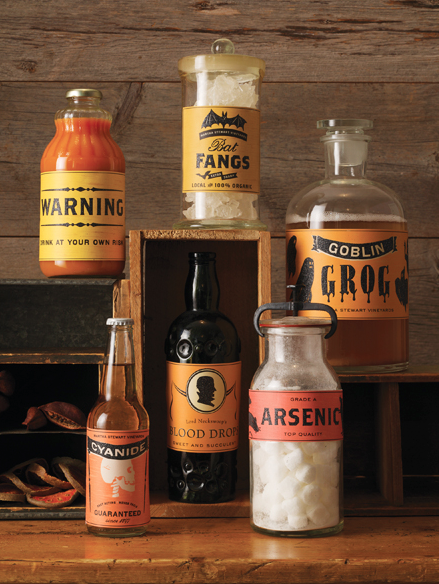 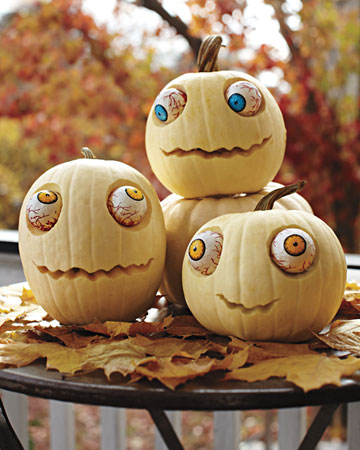 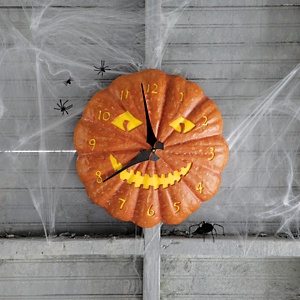 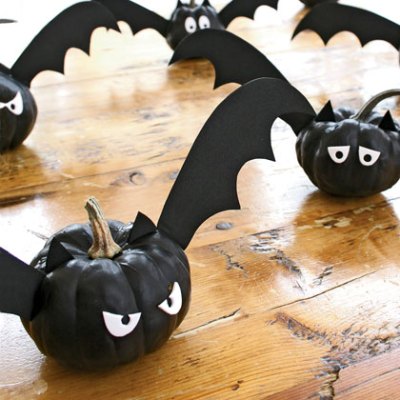 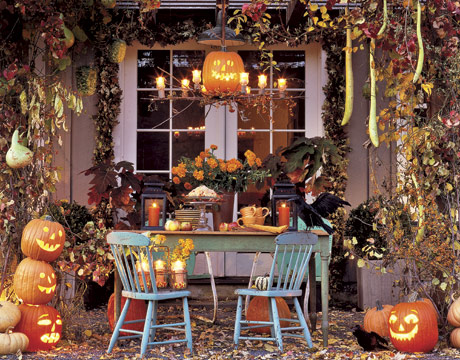 Have you already decorated your home?

Health.com: Fun Ways to Get Fit Without a Gym

Walk-Jog-Sprint
This is one of my go-to workouts when I’m dreading my time on the treadmill. It keeps me guessing for a solid 45 minutes, so it’s over before I know it! And I feel like I’ve really worked hard when I’m done. I’m almost always a sweaty mess at the end!

Roll Play
Changing my speed every two minutes keeps my interest and motivation high while running on the treadmill. I covered a little over 5.5 miles in 60 minutes during this workout. There’s a walking interval from minutes 30 to 35, so this workout can easily be shortened to 35 minutes if needed.

Health.com: The Fastest Fat Burners Ever

Three-Mile Challenge
When I’m short on time, I like to challenge myself to run three miles as fast as I can. I love a challenge, so trying to beat my previous mile gets me excited about my workout. If you’re not into running, a three-mile power-walking challenge also will work!