Must Watch: Black and Sexy TV 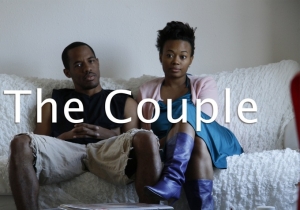 The internet has undoubtedly become one of the most popular outlets for entertainment. Since television is gradually offering less and less positive and worthy programs, the web can be a good alternative for stimulation. As many of us already know, YouTube can be a great place to see fresh and original content from creative new artists.

A channel I recently discovered is called Black and Sexy TV. This vibrant channel contains a cool variety of different web series and airs their mini-sodes weekly. The shows are geared towards young Black people and contain themes that the community can relate to such as relationships, romance, and of course sex. One of the channel’s breakout series called The Number features an engaged couple, Melissa and Jason. In the premier episode the two decide to reveal to each other their total number of past sexual partners. The rest of the series follows how the shocking results affect the couple, their families, and love lives.

Then there is The Couple. This particular show highlights the adventures of another young Black couple as they get through each day of being in a relationship. This series shows that relationships can involve adjusting to your partners annoying habits while living together as well as sharing fun and loving times together. Other shows featured on this channel are Hang Up and That Guy! This hip new channel was made by the creators of the 2008 film A Good Day to Be Black and Sexy, written and directed by Dennis Dortch.

Though the mini-sodes offered on Black and Sexy TV run just minutes long, the shows are indeed hilarious and thought provoking. And YouTube certainly allows for the audience to engage in feedback and interaction through the comments section. If you look closely you’ll notice that the characters of Black and Sexy TV may even respond to comments! Though new episodes are aired on a weekly basis, the great thing about YouTube is that viewers can always go back and revisit the episodes at any time. And there are even more series in the works for this fresh, fun channel.

Web shows are becoming very popular on Youtube these days. You may have even heard of theAwkward Black Girl series that has blown up within the past year. The creator Issa Rae does a phenomenal job. Rae can even be spotted as a character in one of the Black and Sexy TV series and is also involved with production of this channel’s shows! It’s definitely exciting to know about this new platform for Black entertainment.

Check out the first three mini-episodes of “The Couple”  and the first episode of Black&Sexy TV’s other webseries: “The Number.”

Posted in So Random!