7 Foods You Should Never Eat

Sometimes, even foods that seem healthy can harbor hidden problems that can affect our health and our planet. Here are seven foods you should never eat—and easy swaps to help eliminate them from your kitchen.

1. Conventional Apples
Right at the top of the “dirty dozen” list, conventional apples are sprayed with the most pesticides of almost any fruit because their growing method means they don’t develop natural pest resistance. Farm workers exposed to these pesticides have documented higher incidents of cancer, and more and more studies are linking pesticides in the body to Parkinson’s disease.

Make the switch: Buy organic apples! If you can’t afford organic, be sure to wash and peel apples before eating (although that won’t rid the fruit of all pesticides). 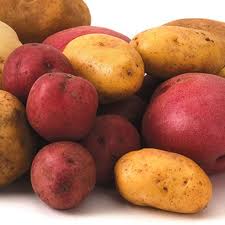 2. Conventionally Grown Potatoes
Think about it: A potato is a root vegetable, and plants absorb nutrients—and other junk—from the soil through their roots. That means that potatoes take up and store more of the chemical fertilizers, fungicides and pesticides that conventional farmers spray on their crops. Plus, after they are harvested, conventional potatoes are treated with another chemical to prevent them from sprouting on the shelf. Because the potato stores these toxins in its flesh, just scrubbing (or even peeling) won’t remove the pesticides and other chemicals. 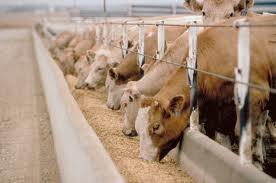 3. Corn-Fed Beef
The biggest problems with corn-fed beef start with the corn, because cows evolved to eat grasses, not grains. Eating corn actually makes the cattle sick, requiring that farmers dose them with high levels of antibiotics. But feeding corn to cows isn’t just bad for the cows; it’s bad for the environment, too, as conventionally grown corn requires tons of fertilizers and pesticides that pollute the environment.

Make the swap: Buy grass-fed beef instead of corn-fed and enjoy higher levels of good nutrients like omega-3s and vitamin E, and lower levels of bad stuff like inflammatory omega-6s and saturated fat. Look for cheaper cuts on the bone to help offset the premium price for grass-fed beef.

4. Canned Tomatoes
Tomatoes are a great source of lycopene, which can help guard against agressive cancers like prostate cancer. But the resin used to line tin cans to protect from corrosion by the acid in tomatoes contains bisphenol-A, or BPA, which acts as a synthetic estrogen in the body. It can disrupt the endocrine system and cause a variety of problems, like chromosomal and reproductive system abnormalities, impaired brain and neurological functions, cancer, cardiovascular system damage, adult-onset diabetes, early puberty, obesity and resistance to chemotherapy. Unfortunately, the acidity of tomatoes helps break down the BPA which leaches into the food, making canned tomatoes one of the biggest culprits when it comes to ingesting BPA. Scientists with the National Institutes of Health have concluded that pregnant women, infants and children are at highest risk from exposure to BPA.

Make the swap: The best solution is to look for brands sold in glass jars or Tetra Pak boxes. 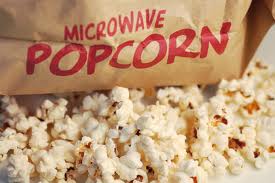 5. Microwave Popcorn
Did you hear about the guy who got popcorn lung from eating more than two bags of microwave popcorn a day? It turns out that even if your popcorn habit isn’t quite as extreme, chemicals like perfluorooctanoic acid (PFOA) found in the lining of the bag and diacetyl, which is used in the butter flavoring, could cause major health problems. Microwaving these chemicals causes them to vaporize, and then the miniature particles can make their way into your popcorn and your lungs if you inhale the steam from the bag.

Make the swap: Pop your own kernels the old fashioned way. You’ll be able to add your own natural seasonings, and as a bonus, unpopped popcorn kernels are dirt cheap. 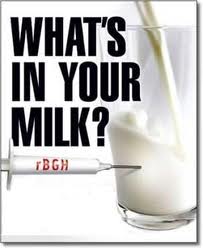 6. Milk With rBGH
rBGH stands for recombinant bovine growth hormone, and it’s given to dairy cows to boost their milk production. But, it’s been shown to increase udder infections and even lead to pus in the milk! It also increases a hormone called insulin-like growth factor, which is thought to be linked to an increased risk for breast cancer, prostate cancer, colon cancer and early puberty.

Make the switch: Look for milk that says rBGH-free or rBST-free, or buy organic milk. You can also make the switch to a non-dairy milk. 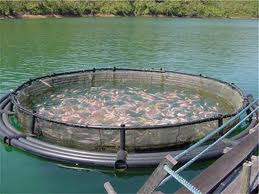 7. Farmed Salmon
When we think of factory farming, cows or maybe chickens tend to come to mind. But, it turns out farmed salmon live in similarly horrible conditions. In addition to overcrowding, farm salmon are fed a diet of soy, poultry litter (which means chicken poop) and hydrolyzed chicken feathers. They also have been found to be contaminated with all kinds of chemicals—which probably are run off into the pools where they are farmed. Plus, waste from the salmon pens is released directly into the open ocean. The Environmental Defense Fund lists farmed salmon as an eco-worst choice.

Make the swap: Look for wild-caught Alaskan salmon. The brand Wild Catch is almost the only brand which sells canned wild salmon.